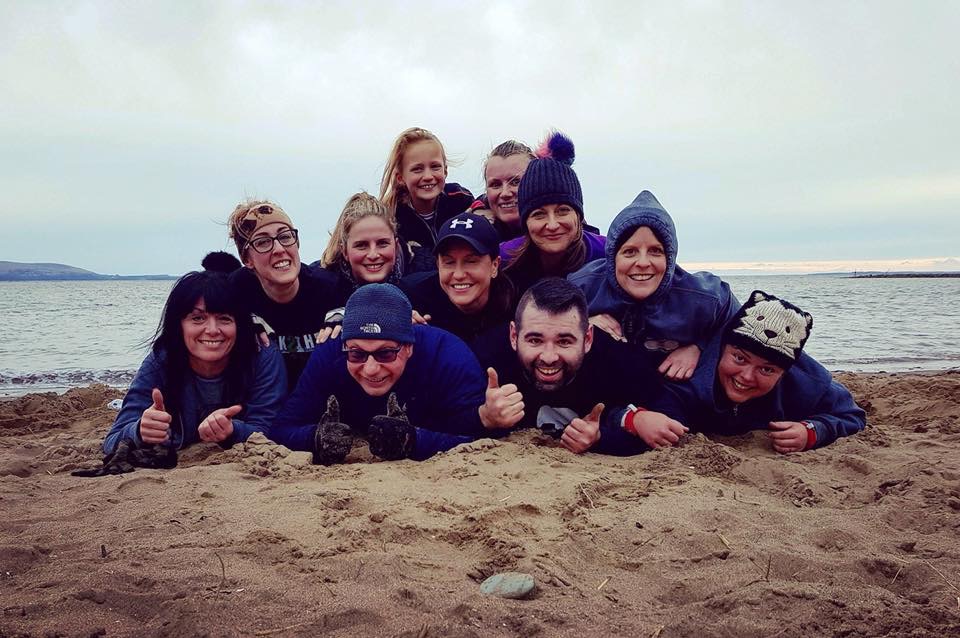 That’s a weight loss figure I’d never thought I’d have to work for, especially after losing 2/3 of that about 4 years ago with Llanelli Beach Bootcamp. However, after starting suffering from a type of migraine that can mimic a stroke and causes me loss of use of the right side of the body as well as vertigo, slurred speech, seeing things, as well as the migraine headaches, just over two years ago, the weight started creeping back on, and before I knew it, I was back where I started, and heavier! 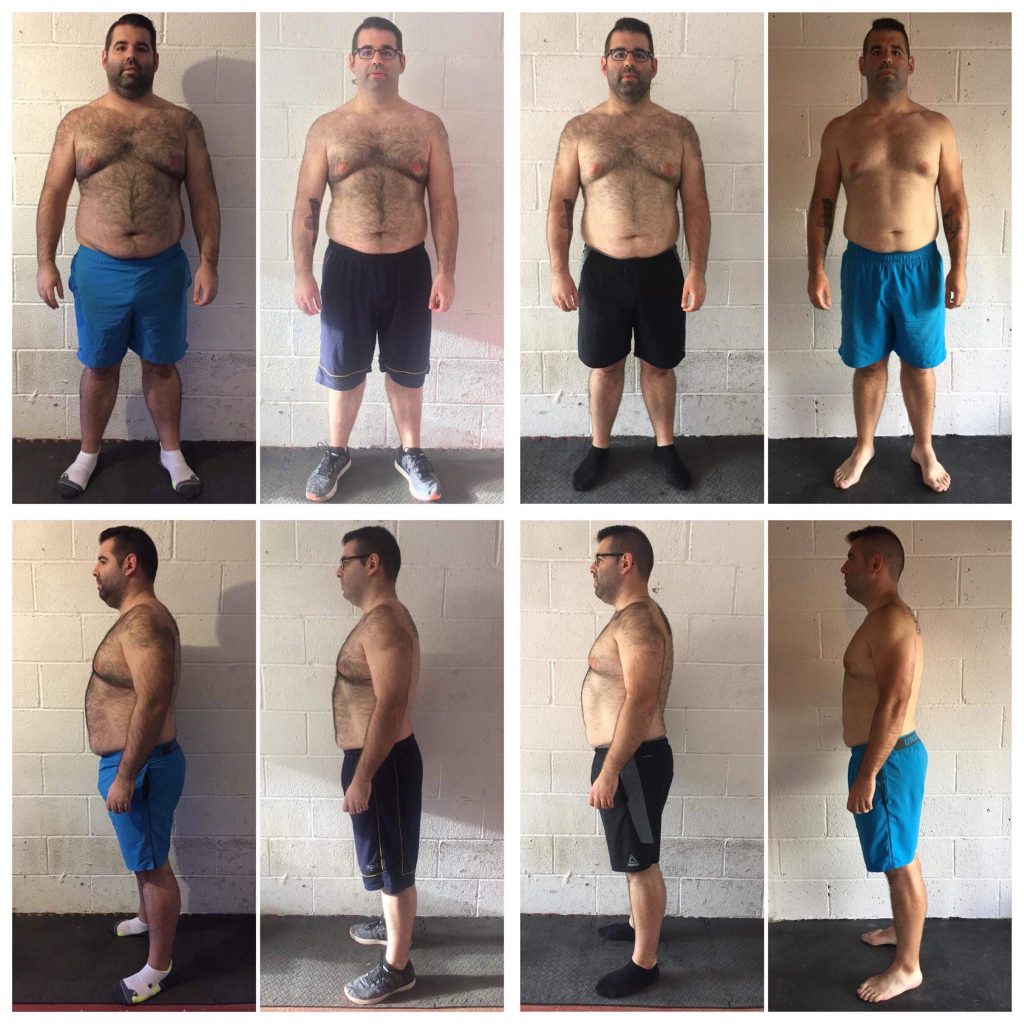 Getting Back On Track

Once I had finally got my attacks under control and having the shock of being tested to see if it was multiple sclerosis rather than migraines, just before Christmas last year. I decided enough was enough and it was time I got back on track with my fitness. (I had tried previously but due to my migraines, had only lasted a week or two here and there).

But I knew there was only one place I wanted to go, to lose this weight and that was Llanelli Beach Bootcamp, so I signed up for their famous 60 Day Challenge just after Christmas.

Becky did make me promise to stick at it, and she’d only let me join if I promised to, and no thinking of giving up. Well, little did we both know, how well I’d stick to it. Nosebleeds during the first 3 minutes of exercise? Just stick some tissues up there and carry on.

We could both see I had done well on the first challenge, but it wasn’t until I stepped back on the scales in March, that we were shocked just how well. 22kg weight loss in 60 days! Although the last week was spent laid up after a hospital visit. 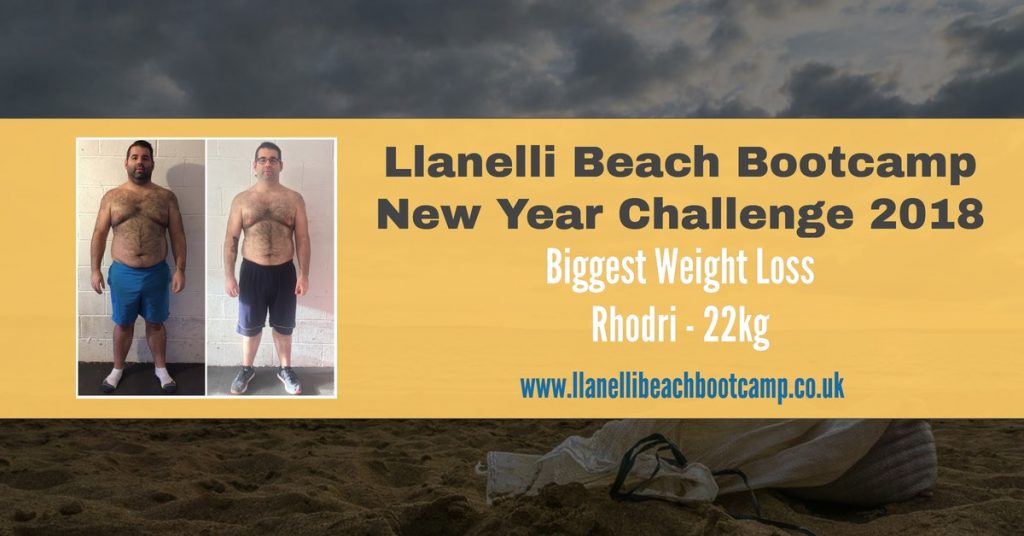 There have also been times where my migraines have hindered me, but, the joy of LBBC, is that all the workouts can be scaled or adapted for you, such as when we’ve been doing tyre flips and I lose the use of my right arm, I can just change it up to one handed tyre flips instead.

“I Can’t” Isn’t A Valid Excuse

But, it can be done. “I can’t” isn’t really a valid excuse when at bootcamp, and this really does help put you in the right mindset to get the results they get. The fact that people continuously get great results should be all that needs to be said really.

One of the other joys of LBBC, is the support you have, not just from Becky and Gareth, but all the other bootcampers too. None more so than in partner or team workouts where you all push each other to get it done.

But also, on the group conversations with the other challengers, where everyone is so supportive of each other and no one wants to see anyone fail. There have been days where I haven’t felt quite right, or up to exercising, but the support of these guys, really does make you want to get out of bed and get your ass down to the beach!

Although, Becky does seem to know exactly when to push me to get through workouts. But it’s not just during the sessions you have the support either, but all through the challenges, they are there to offer support and advice, as well as guidance on your own extra workouts, as well, as not letting you just settle on a new personal best but pushing you to get another one. 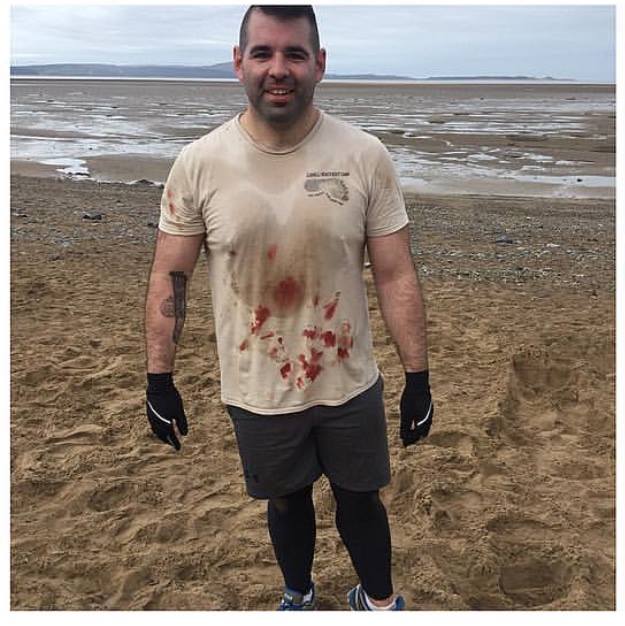 The best thing about LBBC though, is, the feeling it gives you as an individual, inside and out, such as seeing the progress you’re making, be it, starting to slowly catch up to the person next to you in sprints, or, getting through workouts quicker, or not been in as much pain doing them!

I must warn you though, there is a downside to doing one of the 60-day challenges, and it is a very expensive downside, and that is all the smaller clothes you’ll end buying as a result! So be warned!